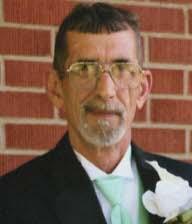 William Ray “Billy” Johnson, Jr., 55, of Grand Rivers, KY died at his home Thursday February 6, 2020. He was an Army Veteran; member of Harvest House Pentecostal Church, and a member of the National Guard in Marion, KY.

He was preceded in death by his parents, William Ray Johnson, Sr., and Geraldine Van Hooser Peay; and one sister, Opal JoAnn Johnson.

Funeral services are scheduled for Monday February 10, 2020 at 12:00pm (Noon) at Goodman Funeral Home in Princeton with Bro. Daniel Orten officiating. Burial will follow in Morse Cemetery in Caldwell County.

To order memorial trees or send flowers to the family in memory of William "Billy" Johnson, please visit our flower store.