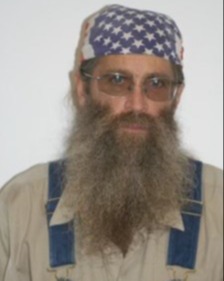 Kevin Raymond Mosier, age 60 of Eddyville died Friday, January 13, 2023 at the Ray and Kay Eckstein Hospice Center in Paducah.  He was born the son of the late Paul Mosier and the late Nellie Bell Mosier.  He enjoyed fishing and hunting, collecting arrowheads, working in the garden, he loved meeting new people, and loved working on tractors, and going to tractor shows.

Funeral services will be 2:00 p.m. Tuesday, January 17, 2023 at Goodman Funeral Home in Princeton with Bro. James McKinney officiating. Burial will follow in Oliver Cemetery in Lyon County.  Visitation will be Tuesday, January 17, 2023 at the funeral home from 11:00 a.m. until the funeral hour.  Goodman Funeral Home in Princeton is in charge of arrangements.

In addition to his parents, he was preceded in death by his niece: Teresa Brown; his uncle and Aunt: J.T. & Nina Bell; and his uncle: Corbett Brown.

To order memorial trees or send flowers to the family in memory of Kevin Raymond Mosier, please visit our flower store.