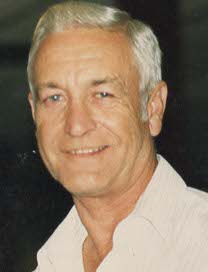 Tommy Dixon, 86, of Princeton, KY died on Friday February 28, 2020 at Baptist Health of Madisonville. He was retired from the Railroad, member of Beulah Hill Baptist Church, an Army Veteran, member of the American Legion and the Elks Lodge #1115.

He was preceded in death by his parents, Homer Terry Dixon and Birdie Cunningham Dixon; and two sisters, Betty Stallins, Peggy Sue Dixon.

Funeral services are scheduled for Sunday March 1, 2020 at 2:00 pm at Goodman Funeral Home in Princeton with Rev. Dean Ray officiating. Burial will follow in Cedar Hill Cemetery in Princeton.

Visitation will be held from 12:00 pm until service time at 2:00 pm at Goodman Funeral Home in Princeton.

To order memorial trees or send flowers to the family in memory of Jewell Dixon, please visit our flower store.