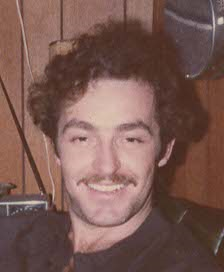 He was preceded in death by his parents, Jesse Noble Slaton, Sr. and Mary Jane Cross Slaton; and two sisters, Donna Slaton and Kathy McGregor.

Memorial services will be held at a later date.

The family wishes to extend a Thank You to everyone who came by to visit and spend time with Jesse.

To order memorial trees or send flowers to the family in memory of Jesse Slaton, Jr., please visit our flower store.