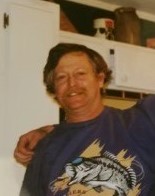 William "Bill" O. Howell, age 71 of Kuttawa died Thursday, July 22, 2021 at West Kentucky Veterans Center in Hanson, Kentucky.  He was born the son of the late George H. Howell, Jr., and the late Anne Ogden Howell.  He served two tours in Vietnam while serving his country in the United States Army.  He enjoyed crossword puzzles, fishing, photography, and was an avid reader.

No services are scheduled.  Goodman Funeral Home in Princeton is in charge of arrangements.

In addition to his parents, he was preceded in death by his brother: George Howell III.

To order memorial trees or send flowers to the family in memory of William Howell, please visit our flower store.